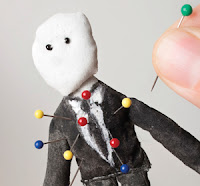 Unlawful workplace retaliation can take several forms, and claims for retaliation arise under a number of different statutes and common law theories.  Workers compensation statutes, for example, contain provisions that prohibit penalizing employees because they have filed a claim or reported a workplace injury.  Whistleblower statutes – both state and federal – prohibit firing or otherwise taking negative action against a worker who makes a good faith report of unlawful activity or reports violations of public policy.  And, of course, anti-discrimination laws prohibit retaliation against employees who file discrimination charges, complain of discrimination, participate in a discrimination investigation, or associate with a co-worker who does any of those things.  That’s broad coverage, and it has been around for many decades.  Nevertheless, according to EEOC statistics, claims of retaliation accounted for nearly 43 percent of all charges filed in 2014.

A good review of the basics can be found in the EEOC Compliance Manual section on retaliation. It may be worthwhile for employers to take a look at what the EEOC has to say, because in our experience, there are some persistent (and unhelpful) myths about this subject that can cause employers to create trouble for themselves.  Here are a few:

Myth 1:  If the underlying discrimination claim has no merit, the retaliation claim has no merit.  We understand the logic that causes employers to believe this, but as a matter of law it’s just not true. As long as a charge or complaint of discrimination is made in basic good faith (and it’s a low bar) the complaining employee can’t be retaliated against.  The complaint may be unproven, and it may even be flimsy, but the right to complain without fear of reprisal is bedrock in federal and state anti-discrimination laws.

Myth 2:  It’s only retaliation if the complaining employee gets fired. The courts are clear on this: unlawful retaliation can take many forms, including demotion, denial of a raise, and even being excluded from opportunities given to other employees.

Myth 3:  We can get rid of the complaining employee if we say it’s for unrelated reasons. We hear this myth with surprising regularity.  Here’s the reality: you can get rid of a complaining employee, but only if you are really doing so for an unrelated reason.  You’ll need to be able to support that reason with documentation or other good evidence. In University of Texas Southwestern Medical Center v. Nassar, the Supreme Court ruled that an employee claiming retaliation must show that the employer would not have taken the adverse employment action “in the absence of” the protected activity.  It’s important for employers to show that the adverse employment action would have occurred whether or not the employee engaged in the protected activity of making a complaint.  It helps, for example, to be able to point to other non-complaining employees who received the same adverse treatment, and it will hurt the employer’s case if non-complaining employees got away with whatever behavior or performance is claimed to be the non-retaliatory basis for termination.

Myth 4:  Employees can’t claim retaliation of they sign a severance agreement. Not so.  Here’s what the EEOC has to say on this point, and it’s explicit:


May I still file a charge with the EEOC if I believe that I have been discriminated against based on my age, race, sex, or disability, even if I signed a waiver releasing my employer from all claims?
Yes.  Although your severance agreement may use broad language to describe the claim that you are releasing…, you can still file a charge with the EEOC if you believe you were discriminated against….
Retaliation is just like all other forms of discrimination, so a severance agreement will not necessarily prevent an ex-employee from filing a retaliation charge.  There may be limits on what the ex-employee can recover in such a situation, but the filing of a charge, with all its attendant hassle, will not be prevented.

Myth 5:  If we allow employees to keep working when they’ve accused us of discrimination, it will undermine discipline and make normal management impossible.  We get that it can be very difficult to stay business-like and cordial in such a situation, but it can be done, and education and training can help managers prepare. They need to understand that making claims of discrimination (or filing for workers compensation, or whistleblowing) are legally protected activities and a legitimate, if stressful, part of the employer-employee relationship.