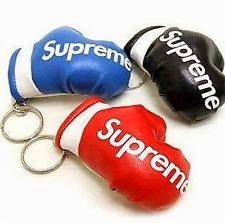 The United States Supreme Court made employment law news again today.   Some commentators are saying that what happened amounts to a body blow to the National Labor Relations Board. We take a more cautious view, and a longer one.
Here’s why: The issue in National Labor Relations Board v. Noel Canning has less to do with labor law than it has to do with the limits of executive power.  The Supreme Court addressed  whether the President of the United States had the power to make a recess appointment of a member of the NLRB during a three-day intra-session break of the U.S. Senate, and unanimously said no.  The Court ruled that the President could only make recess appointments (to the NLRB or any other position requiring Congressional confirmation) during a recess as defined by Congress itself. Because the recess appointees who made the decision in the Noel Canning were not validly appointed, the Court said, their decision was invalid and had to be thrown out.
So what does this ruling mean for employers generally?  Its importance lies in the fact that many other cases were decided by Board members who were recess appointees. According to the Wall Street Journal, today’s ruling puts more than 400 NLRB decisions in danger of being invalidated.  The U.S. Chamber of Commerce estimates that more than 1300 decisions could be affected. Whatever the actual number, affected decisions cover a broad range of topics and include some controversial determinations. These include reinstatement of employees originally terminated for Facebook posts, whether an employer could terminate employees for defamatory statements made about the company, and whether arbitration agreements are ever legal under the National Labor Relations Act.  These cases and many others must now be re-examined, and possibly reissued.  This does not mean that the cases will come out in a different way, with a different winner, or with a more employer-friendly result.  It just means a new decision will be forthcoming.  Will any of the decisions be a complete reversal?  Maybe, maybe not.  Employers (and their lawyers) will simply have to stay tuned.